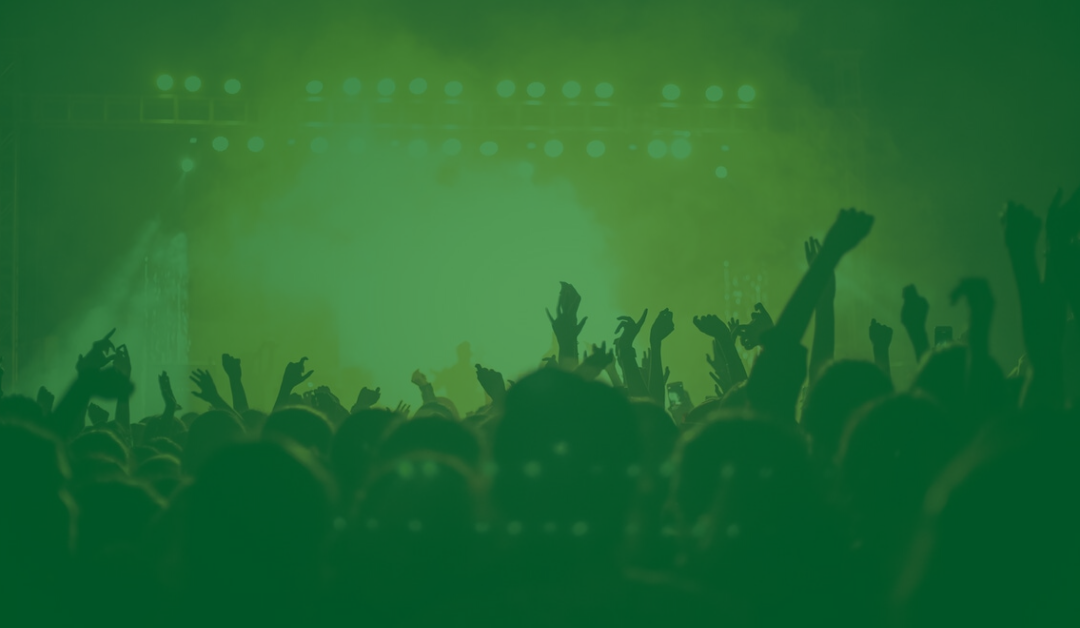 I admit it: I am a sucker for music in general and rock music in particular. And I always have been since I can think. I started going to concerts at the age of 15. And right around this time, driven by the desire to mimic my musical heroes and the passion for expressing myself, I picked up the guitar and started to take lessons. Over the years, I have progressed into an ambitious hobby musician. Having attended hundreds of concerts and festivals in my lifetime so far, I have of course noticed that concerts and touring bands are far from being environmentally friendly.

Concerts and festivals have a history of large carbon footprints while producing massive amounts of plastic waste. First, the instruments, the sound system, and the stage equipment need to be hauled over large distances on airplanes, ships, and trucks. Second, fans often travel by car or airplane, adding big amounts to the already large carbon footprint for equipment transportation.

Already back in 2004 the singer and guitarist of the band Guster Adam Gardner founded a REVERB with his very environmentally conscious wife Lauren Sullivan. REVERB was a non-profit organization for musicians and the music industry to make responsible environmental choices. Since then, REVERB has consulted and greened over 85 major concert tours – from Dave Matthews Band over Coldplay to John Legend. Over the same period, the organization conducted grassroots educational outreach to over 10 million music fans. Tour greening efforts include local organic foods, recycling, composting, using reusable water bottles, and silverware. As for energy choices, purchasing power from renewable energy sources and fueling tour busses with sustainably produced biodiesel were the most recommended and by far greener options. In 2010 REVERB launched the Green Music Group, a large-scale, high-profile environmental coalition of musicians, industry leaders, and music fans. The objective was to unite all stakeholders in the music industry in one voice behind a common goal: to use our collective power to bring about widespread environmental change within the music industry and around the globe. Among others, the artists include Dave Matthews Band, Maroon 5, Willie Nelson, Sheryl Crow, Bonnie Raitt, and the Barenaked Ladies. But also major labels like Warner Music Group and numerous venues among them Shoreline Amphitheater (CA), Comcast Center (Mass), and the Brooklyn Bowl (NY) joined the coalition.

Coldplay went even a step further when they released their latest album “Everyday Life” in November 2019 by completely foregoing a global tour to promote their new album. Coldplay’s lead singer Chris Martin said: “The band will spend the next couple of years figuring out how to develop a tour that actively benefits the environment.” He continued, “We have done a lot of big tours at this point. How do we turn it around, so it’s not so much taking as giving?” hinting at the band’s goal to make future tours generative for the planet.

When is the next time you will go to a concert or live show? Have you thought about how you as a concert-goer can make this experience more environmentally friendly?
Will you do it?