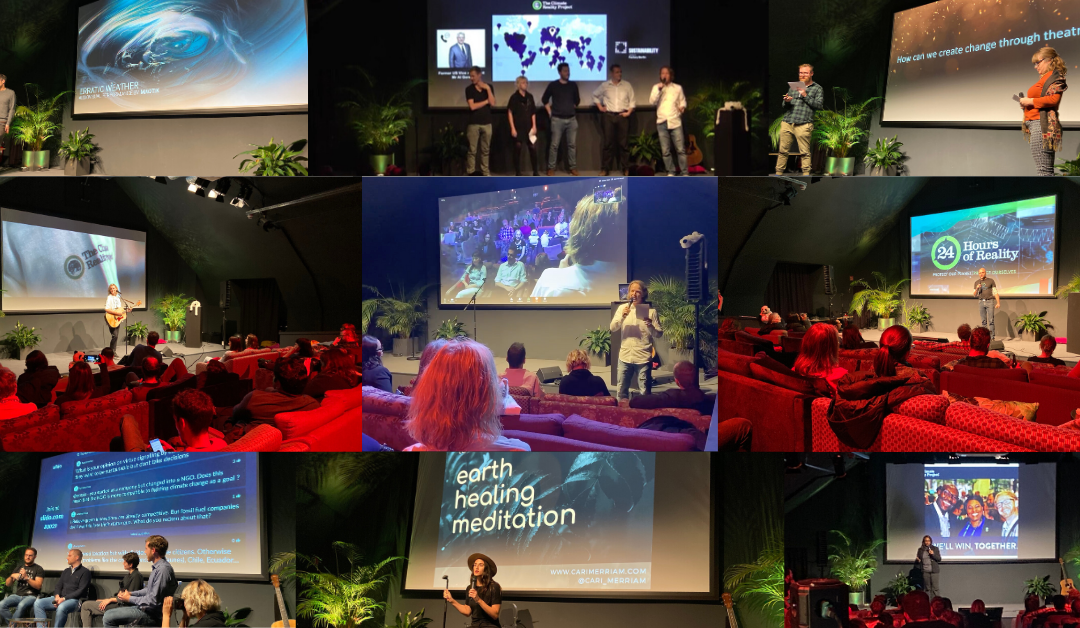 We need a new narrative regarding climate change! Yes we do! The climate crisis has finally caught the attention of the general public it deserves and it is the talked about topic in the Western world. The greenhouse effect is known since more than a hundred years and by the late 1960ies the research community confirmed global warming through the spreading of computing technology. In the 1980ies former US Vice President Al Gore became very concerned about global warming and climate change. And so, he decided to educate the general public on this topic. Using the research data from the top climate research institutions around the globe he started to give talks and to hold workshops using a simple flip chart on which illustrated the concepts and models he explained. Years later, his book “An Inconvenient Truth” became the basis of the same-titled documentary movie which was released in 2006 and became a global box office success. Al Gore’s work as an advocate, educator and author in climate change activism earned him the Nobel Peace Prize in 2007. In 2011 he founded The Climate Reality Project which is a global organization to spread the truth about the climate crisis and to show ways how to solve it. It is fair to say that Al Gore is the godfather of the global climate movement.

On 21 November 2019, The Climate Reality Project announced its annual 24 Hours of Climate Reality “Truth in Action”. In over 1700 locations around the world presentations and events were organized and hosted by Climate Leaders. They happened in all possible venues: on ships, in the jungle, in skyscraper offices, in townhalls, in childcare facilities, in community centers and co-working spaces like the Factory Berlin.

Serving as a Climate Leader in the Climate Reality Project and being a member of the Factory Berlin I seized the opportunity to bring both communities together as they share the same intention. Hence, together with 5 other fellow Climate Leaders and a motivated event org team from the Sustainability Circle of Factory Berlin we organized a 4 hour long curated program. The foundation of this event was the Climate Reality presentation which I delivered together with my fellow climate leader and friend Eva Keretic. Factory Berlin is also the home of many green startups and green-minded artists which work on solutions to tackle the climate crisis and use the various art forms as a vehicle to drive behaviour and systems change. This is the very reason why we decided to call this event a “Celebration of Green Entrepreneurship and Arts. We did not only intend to combine and strengthen the Climate Reality and Factory Berlin communities. Going beyond this, we also involved stakeholders from the wider green community in Berlin. We also brought in green entrepreneurs, Climate Leaders and artists from around the world via video call in order to send a strong unifying signal to this group of climate activists, solution builders and artists. Moreover, this event got livestreamed on the Factory Berlin Facebook page which over 1400 people watched. The beer which was served and sold on this evening directly contributed to a local reforestation project and for each participant of the about 100 event attendees a tree will be planted by the global NGO and Climate Reality partner “One Tree Planted”.

The event was opened with a big boom which meant by call-in from Mr. Al Gore himself who addressed the Berlin crowd with words of motivation and encouragement followed by an interview. I had the honour to lead this short interview with him. As he stated he wanted to talk to this community as he was so happy to hear that so many people are working on the solutions so eagerly.

Following this first emotional highlight we went into the Climate Reality presentation which follows three main questions: “Must we change?”, “Can we change?” and “Will we change?”. The foundation was laid based for the evening. Based on this we presented the audience a diverse, informative and entertaining program. This consisted of music in form of climate songs by singer-songwriter Eva Keretic, inspiring talks, the personal climate story of Andrise Bass, a panel discussion with interactive audience participation, theatre and art projects, a multi-media/ multi-sensory show called “erratic wheather”, startup pitches and call ins from four countries presenting their local projects. On top, the entire audience engaged in an “Earth Healing” meditation which was lead by spiritual teacher Cari Merriam. Estela Renner who called in from Sao Paulo, Brazil presented her new TV format “Aruanas” about climate activism which has already launched in Brazil and online and which will go global now. It was truly inspiring and uplifting to see so many great constructive approaches to the subject of climate change. And the general consensus in this gathering was that we need will focus on the solutions, behavioural change and the healing of mother Earth as expressed in the questions “Can we change?” and “Will we change?”.

And yes, we are embodying this new can-do and will-do climate narrative!

My sincere and heartfelt “Thank you!” goes out again to everyone who made this beautiful climate gathering happen.